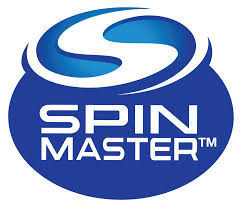 "Partnering with an iconic brand like DC is a major milestone for Spin Master and is part of our strategy to invest in successful licenses to further grow and diversify our business," said Ben Gadbois, Spin Master's Global President and COO. "Children everywhere have been entertained and inspired by DC Super Heroes™ and Super-Villains™ for more than 80 years and we're honoured to be a part of that storytelling and imagined play. We are looking forward to bringing Spin Master's renowned innovation to the toy line and to sharing more details about this exciting partnership in the new year."

Spin Master continues to build a strong portfolio of licensed products, including its 10-year licensing partnership with FELD Entertainment as the worldwide master toy partner and the soon to be launched line of Monster Jam® trucks. Spin Master was recently recognized for its leadership in licensing by Kidscreen, who named Spin Master #1 in Licensing on the 2018 Hot 50 Companies ranking.

Home to iconic brands DC (Superman, Batman, Green Lantern, Wonder Woman, The Flash), DC Vertigo (Sandman, Fables) and MAD, DC is the creative division charged with strategically integrating its content across Warner Bros. Entertainment and WarnerMedia. DC works in concert with many key Warner Bros. divisions to unleash its stories and characters across all media, including but not limited to film, television, consumer products, home entertainment and interactive games. Publishing thousands of comic books, graphic novels and magazines each year, DC is the largest English-language publisher of comics in the world.
*DC and all related characters and elements © & ™ DC Comics.