TORONTO, Aug. 6, 2019 /CNW/ - Spin Master Corp. (TSX: TOY; www.spinmaster.com), a leading children's entertainment company, is smashing into the world of Dragamonz, a new toy line franchise that provides action, adventure and excitement for kids. Smash open an egg to reveal the half-animal, half-dragon figure inside and collect up to 72 different characters. Each character comes with trading cards that can be used in a battling card game for further extended play. Kids can then bring their dragons to life through an augmented reality (AR) mobile app for iOS and Android available now and an animated entertainment series launching in the fall. 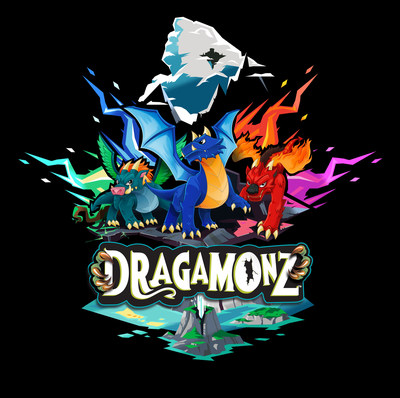 "Dragamonz gives kids everything they are looking for in a toy experience from collectability to battling," said James Martin, Senior Vice President & Global Business Unit Lead, Spin Master. "We know kids are hyper-connected to mobile devices both for entertainment and gaming, and this fun collectible toy line, complete with an episodic series and digital battling app companion, provides a fully immersive experience into the world of Dragamonz."

Dragamonz come from the world of Dragamar, a land where six factions battle for supremacy (and sometimes just for the lols). Some factions are heroic, some are cunning, some are smart, and others… bad to the bone. Each Dragamonz has their very own rarity, personality and powers to equip them in battle. The trading card game lets kids summon their dragon army and battle with friends to reveal the Ultimate Dragon Master! Each pack includes a Dragamonz egg accompanied by Dragon cards, battle cards, a collector's card and more.

The free-to-download Dragamonz app, designed by pioneering AR design firm HappyGiant, lets kids experience augmented reality, multiplayer battling wherever they are. Kids can simply scan in their cards with a mobile device to unleash Dragamonz into their game, extending the play experience.

"The Dragamonz app includes an in-depth mobile trading card game that uses AR as a platform to bring the Dragamonz battles into kid's worlds as a connected experience to the physical cards and toys," said Mike Levine, CEO of HappyGiant. "We are thrilled to work with Spin Master to bring to life this amazing new property."

The Dragamonz animated series will debut on Amazon Prime Video this fall.  The series follows the journey of an unlikely Dragamonz hero, Dax, who has been bestowed with an epic quest to restore peace in Dragamar and unite the land and his fellow Dragamonz. However, getting all these Dragamonz to get with the program won't be Dax's only problem! He will have to be ready to battle, because in the world of Dragamar – that's how everything is settled. In an arena, inside the crater of a volcano, deep underground in a crypt built out of bones – a battle can bust out anywhere!

The Dragamonz app is available for download on The App Store and Google Play. To find Dragamonz Collectibles and Trading Card Game, or for more information, visit spinmaster.com. For all the latest news on Dragamonz, follow @SpinMasterPowerZone on Instagram and subscribe to Dragamonz on YouTube.